The Year of Scraps 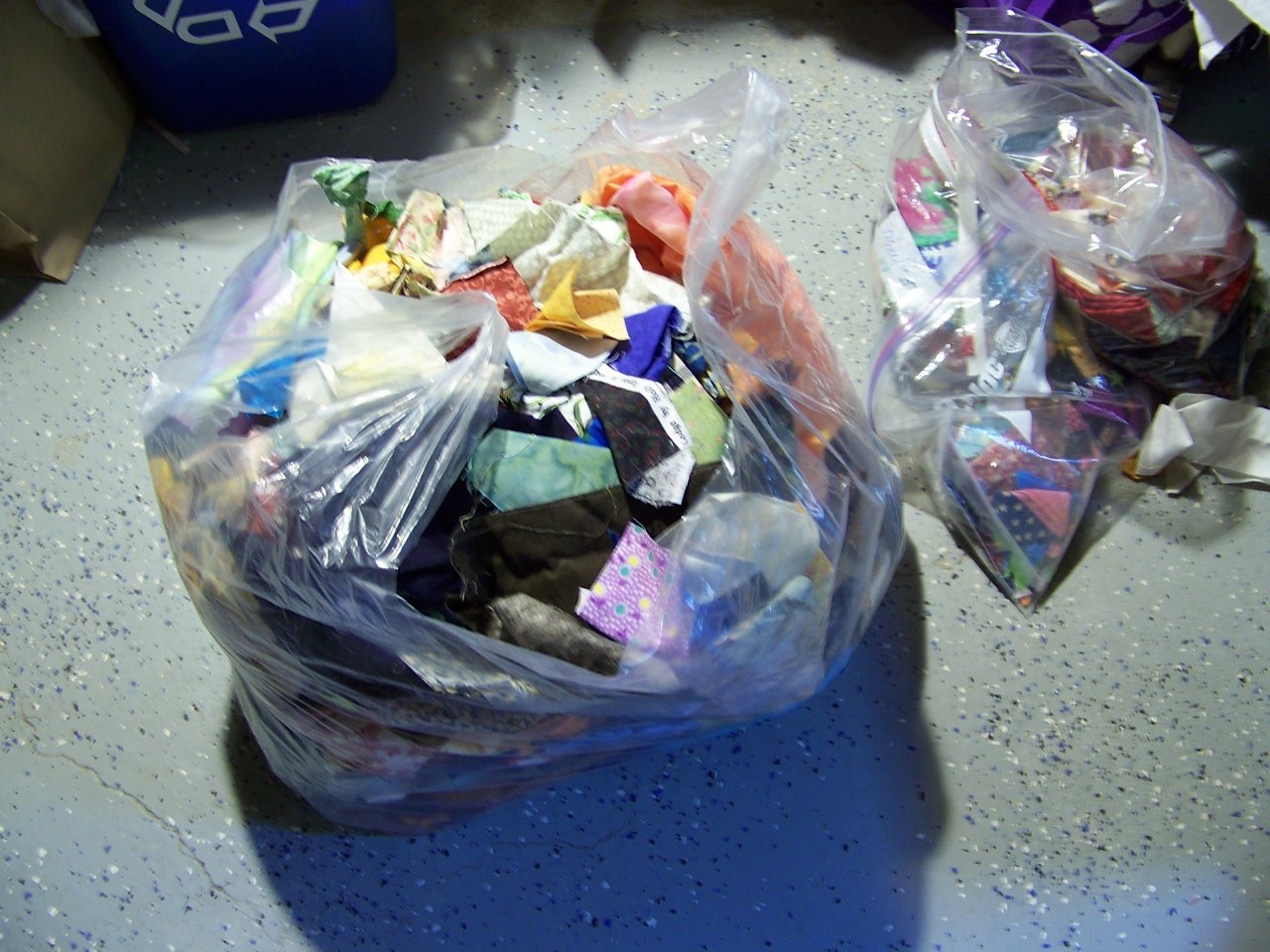 It's July and I haven't posted since February.  Sometimes, there is just not enough time.  Back before Christmas, I decided that this year I would try and use up my scrap bag.  I decided this because I have a lot of scraps (who doesn't) and I had made a queen size quilt of scraps for one of my sisters for Christmas. 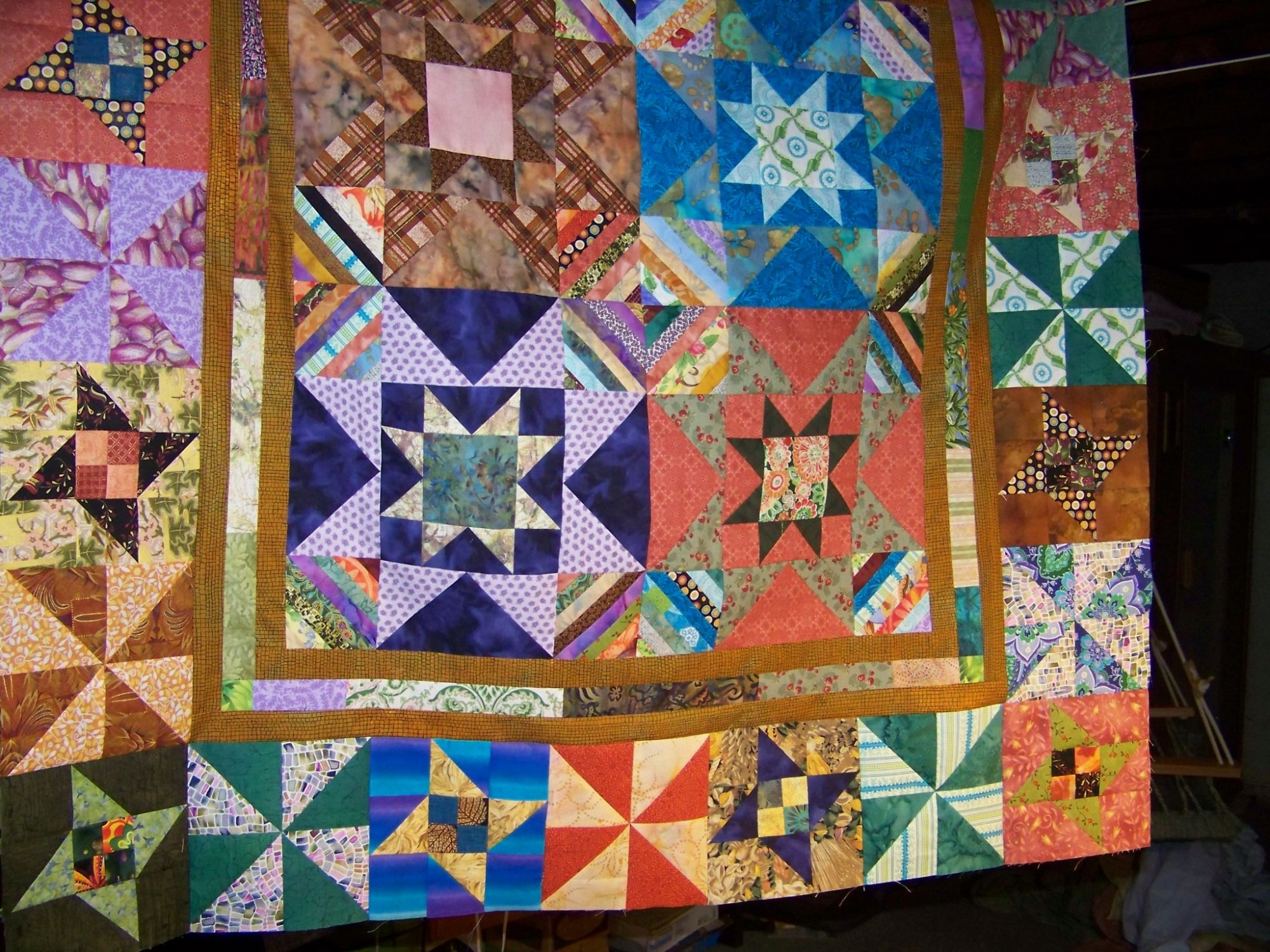 The problem with that was that my scrap bag wasn't any smaller!  Of course, I added scraps from Minnesota Chestnut, and Patriot's Honor, but still, the bag should have gotten emptier.  Then, the bag burst and I had to transfer the scraps to a box (well, two boxes really, there were so may browns and tans - I thought I'd make a quilt for my brother for Christmas.  I have a whole year to get it done.)

I'll need to make more than one quilt to make a dent in the scrap box.  I'll make a couple - the one for my brother and another for one of my sisters.  I started cutting and soon found that there was a lot of scraps that just would not work in the sister's quilt.  OK, I'll start another one - or three as it turns out.  My new American Patchwork and Quilting April 2015 issue arrived with, you guessed it, scrap quilt patterns. 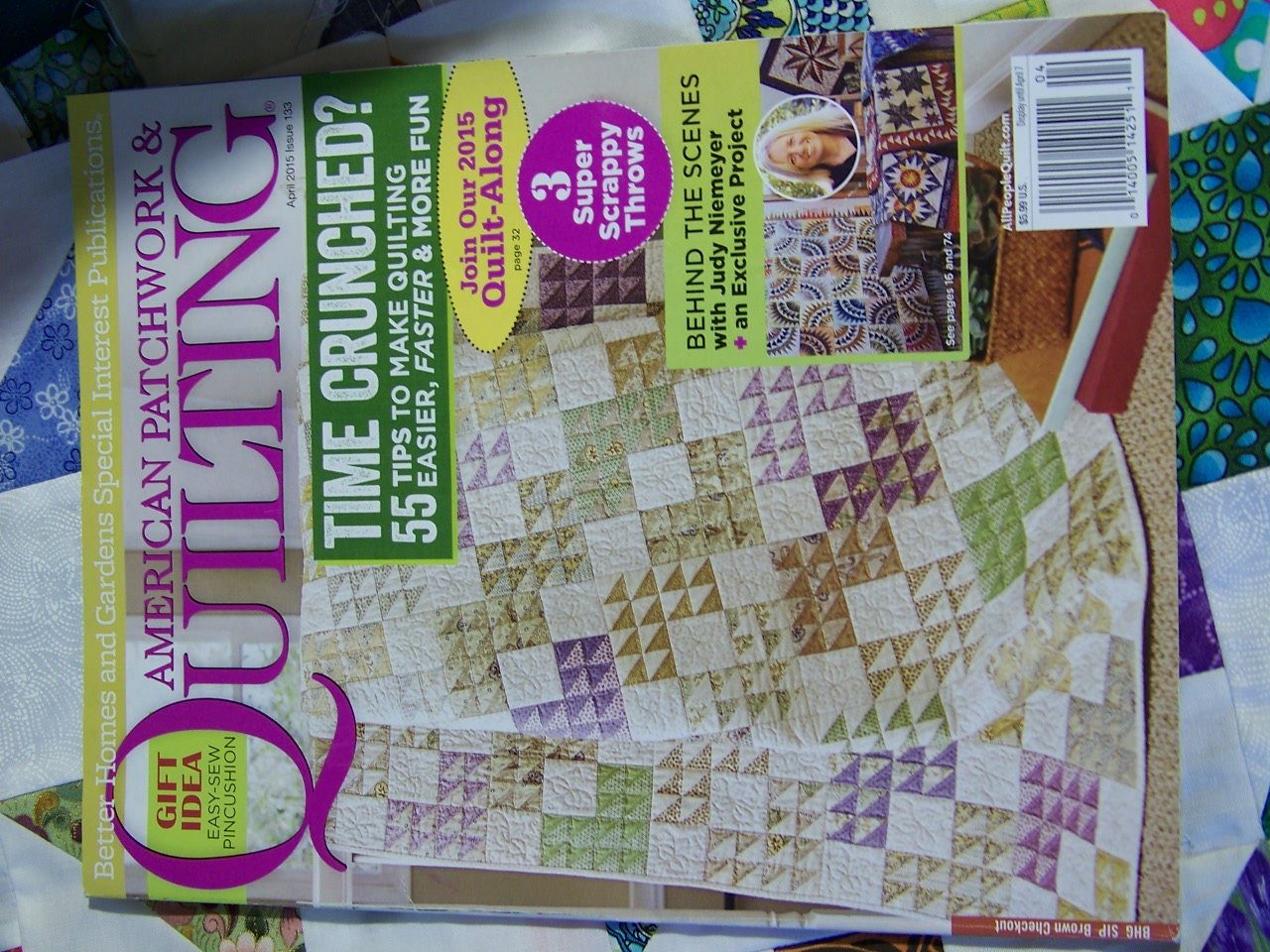 There are several here that I started.  That way, there ought to be a home for any scrap I pulled from my box.  So now I have FIVE scrap quilts started. 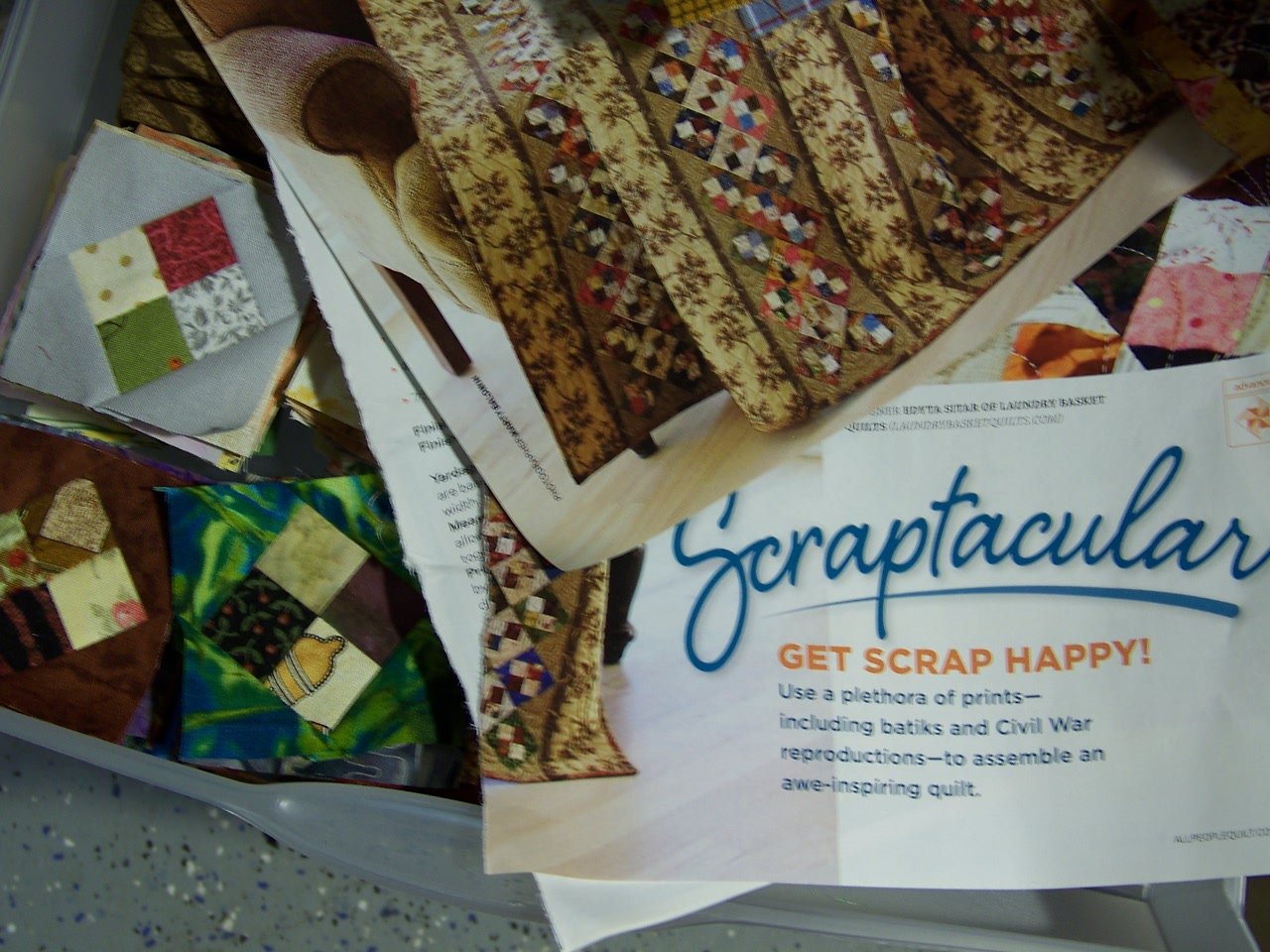 There's the brown/tan Japanese Taupe inspired quilt for my brother.... 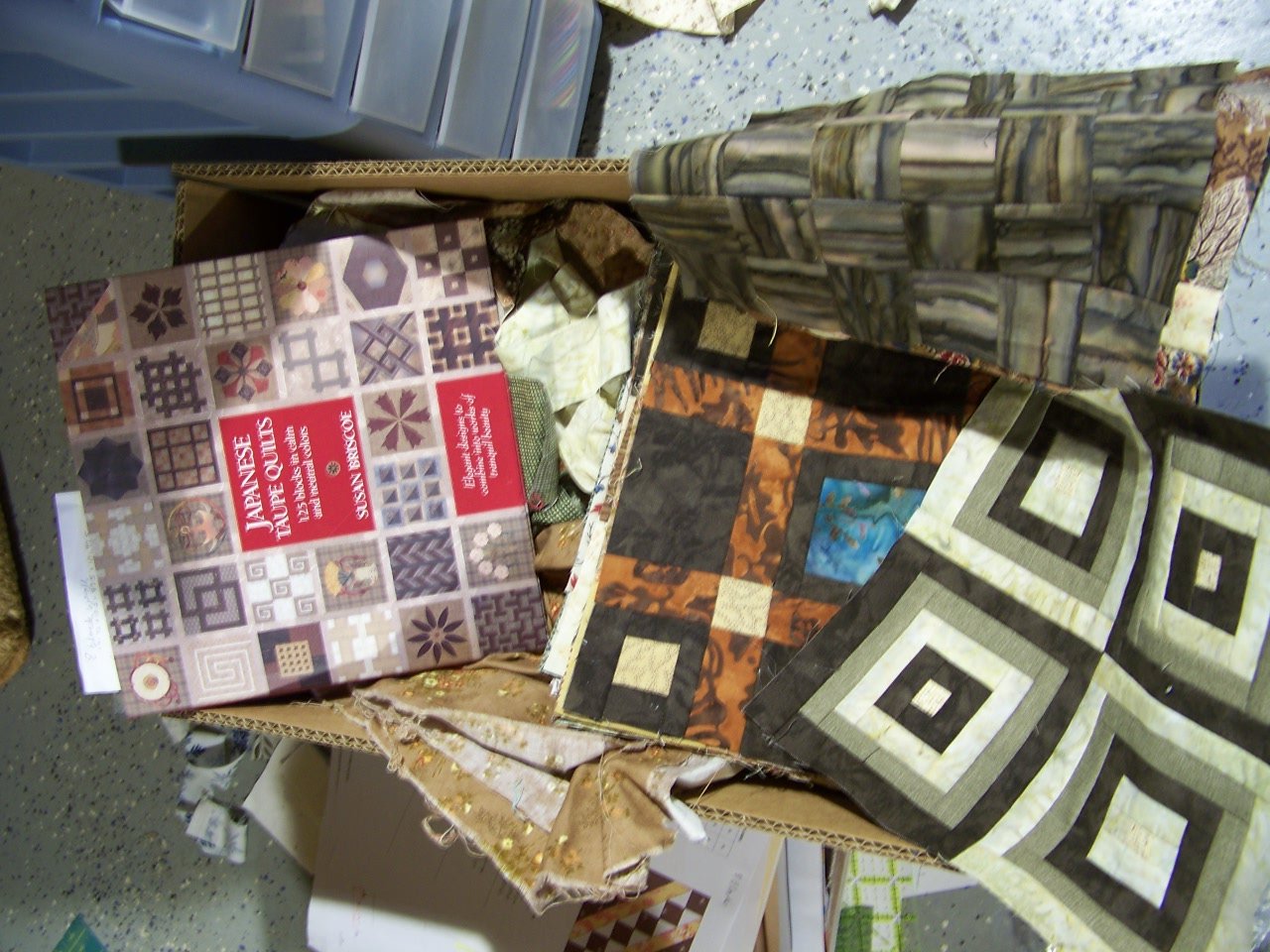 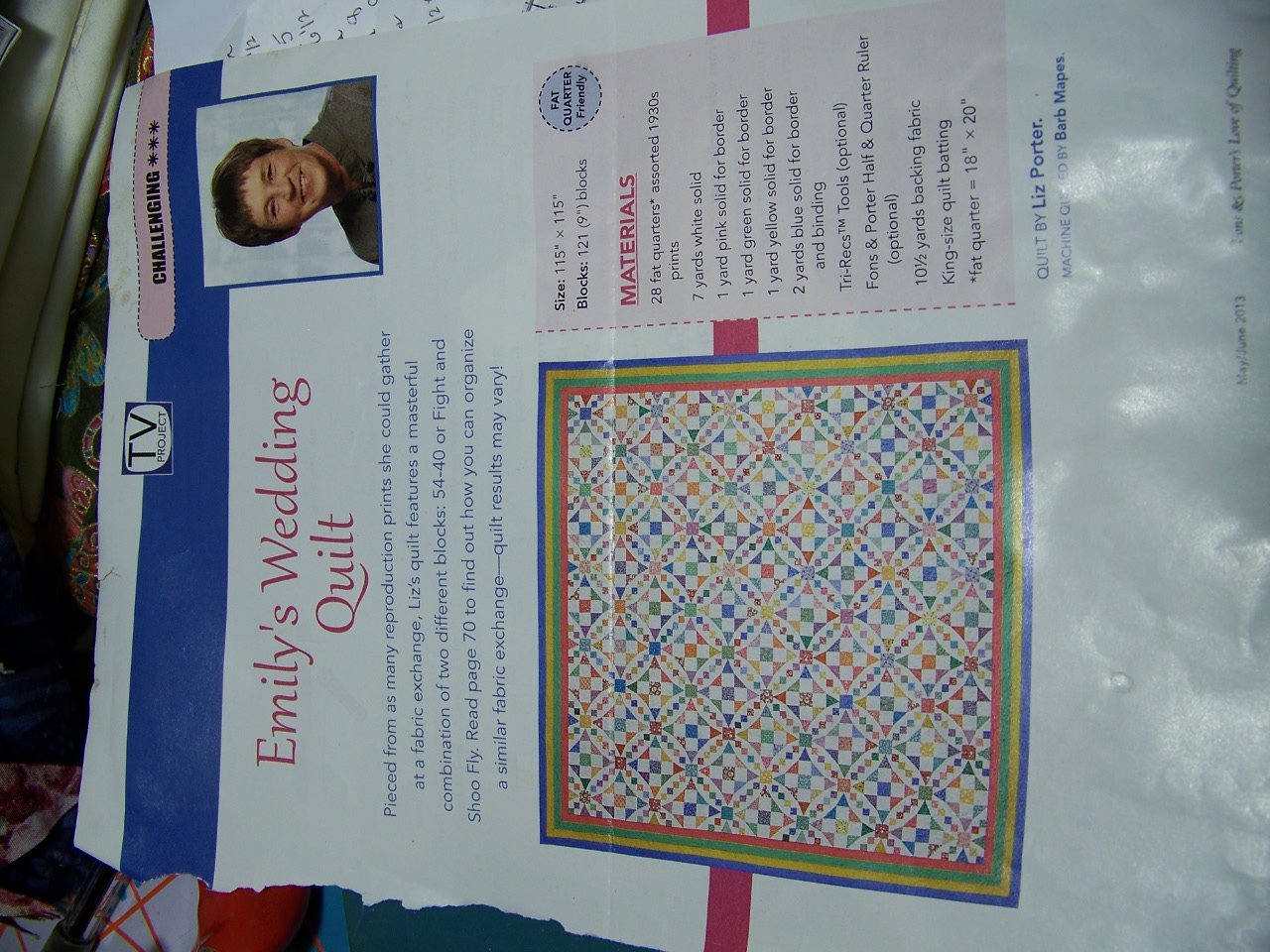 And three more scrap quilts for whomever - just to use up the scraps. 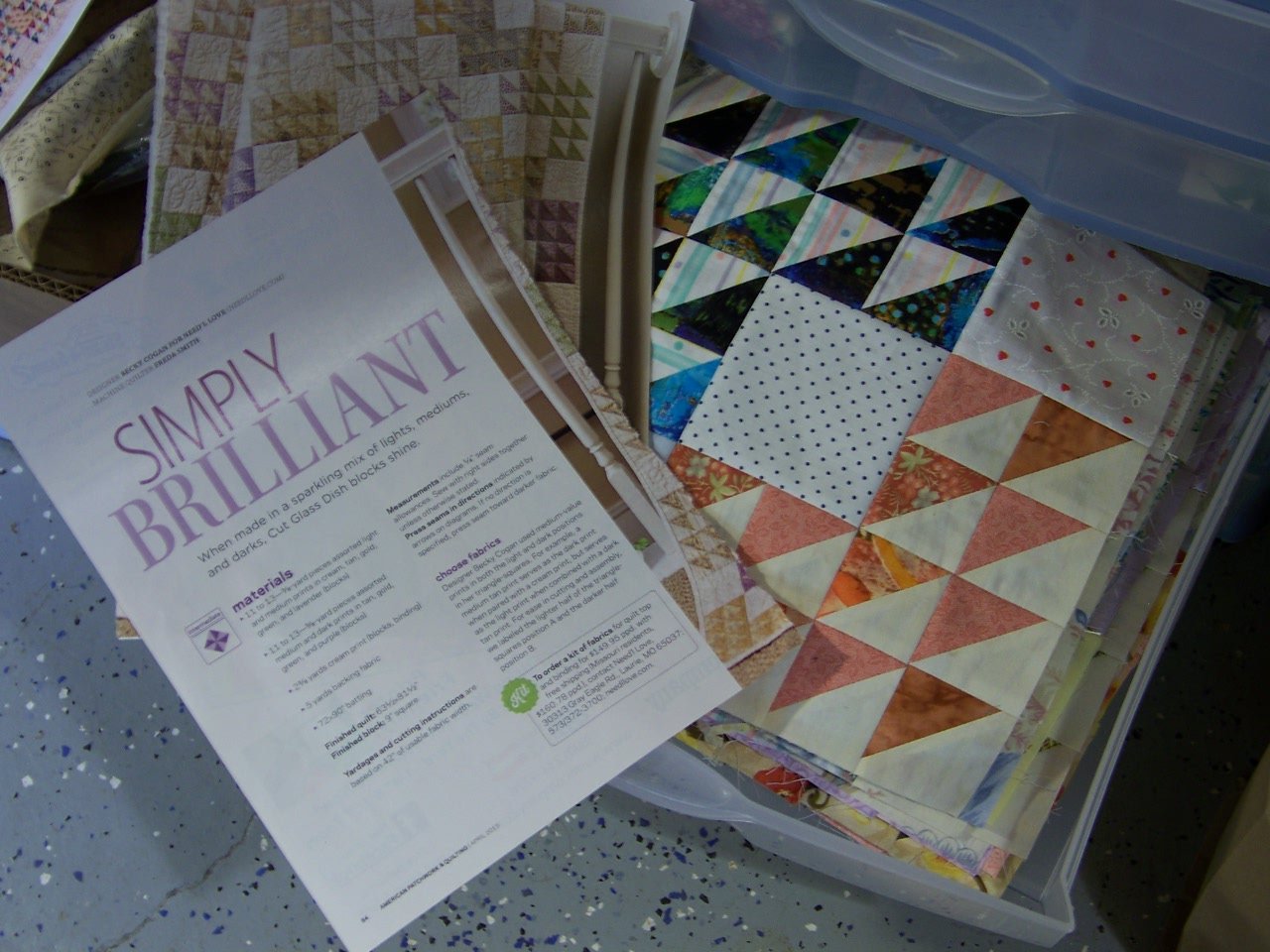 I am doing a lot of sewing and finishing nothing.  Do I have Quilter's ADD?  Oh, and did I say just Five?